As I’ve said before, we moved around a fair bit when I was a child and sometimes there was no English speaking television. With slapstick animation, you don’t need a language. Just look at Tom & Jerry.

We watched a lot of dubbed stuff which was fine for cartoons but I don’t like it for live-action. It immediately suspends all belief and so you become disconnected from the story. When I was a bit older we’d watch stuff with subtitles and after a few minutes, and I still find this, I forget I’m even reading. It’s just like watching a normal film.

Not everybody feels like this. Some friends of mine can’t bear international films/TV “Foreign language stuff is such hard work!” they complain “You can’t relax and just watch it”.

The Brits are famously rubbish when it comes to languages. Yes, yes I know I’m tarring everyone with the generalisation brush and yes I’m sure you learnt French at school but compared to the rest of Europe we SUCK. And I include myself in this. I only speak English (for shame!).

Our language is known the world over so we got lazy. For example, 98% of the population in Luxembourg speak more than one language (my uncle in-law’s girlfriend is from Luxembourg and speaks SEVEN languages fluently). Now in case you’re thinking ‘that’s because no bugger speaks Luxembourgish’ then fair enough but the figures for the rest of Europe are also very strong… 94% of the population of The Netherlands speak an extra language, for Sweden it’s 91%, 89% in Denmark, 72% in Belgium, 75% in Finland…

In January, Channel 4 launched a free on-demand service called Walter Presents. The joke goes that they locked this guy, called Walter, in a room and forced him to watch thousands of hours worth of foreign language television. Not quite accurate although I love the idea of Walter sitting in a darkened screening room sending for pizza every few hours. But Walter Iuzzolino is the curator of the service and yes, he has hand-picked over 600 hours of the very best global television for us to watch. And I am one keen participant. The way I see it is they’ve gone to all the trouble for you! They’ve sifted through the crappy stuff and found the best of the best. So it really is worth making the effort to watch.

They have several things available currently but I’ve been glued to Deutschland 83. Set in 1980’s East/West Germany you follow young solider Martin (Jonas Nay) who isn’t sure what to believe when he’s forced to spy for the East.

This isn’t an Arthouse yawn fest. Set against the back drop of real historical events it will have you gripped. Plus the 80’s soundtrack is superb. All the episodes that have been aired so far are available on All 4. 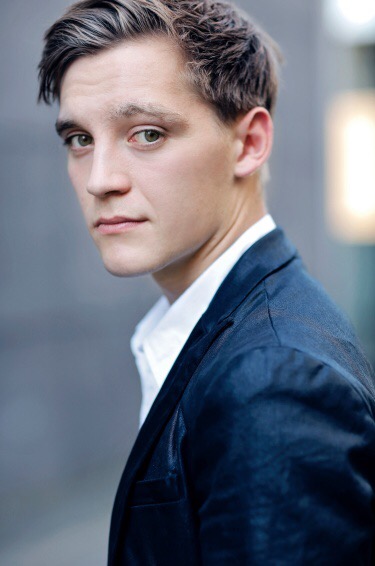 And here’s the weirdest thing. Jonas Nay looks quite a bit like my (German!) uncle when he was younger. And guess what… his name is Walter!