The Secret (ITV) currently has the nation gripped. The drama is based on the true story of dentist Colin Howell and Sunday school teacher Hazel Stewart murdering his wife and her husband in Coleraine, Northern Ireland in 1991. It’s one of those stories that if you didn’t know it was based on real life events you’d say it was too far fetched, too salacious. I won’t give away any details other than to say it’s CREEPY AS. If you’re interested you can view the trailer here. All episodes that have aired so far are currently available on ITV Hub.

One thing that surprised me was receiving a message from a dental clinic in Manchester who featured a tweet of mine on their blog. It would appear that murderous Howell is putting people off visiting the dentist(!) 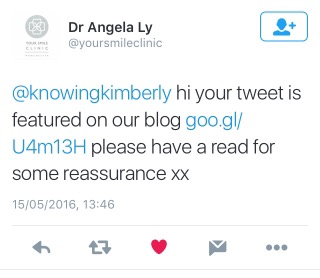