I’ve done quite a lot of gardening in the last couple of days (when I’ve been working a late shift). This is probably due to watching an unhealthy amount of Garden Rescue.

Garden Rescue (BBC One) features people who want to change their gardens. The gardens, requirements and budgets vary hugely so one day you might see an elderly couple who like to potter in a patio garden, another there’ll be a large family who need a designated play area for the kids. But that’s not the best bit. The best bit are The Rich Brothers. Charlie Dimmock is also in it. But mostly it’s about THE RICH BROTHERS. 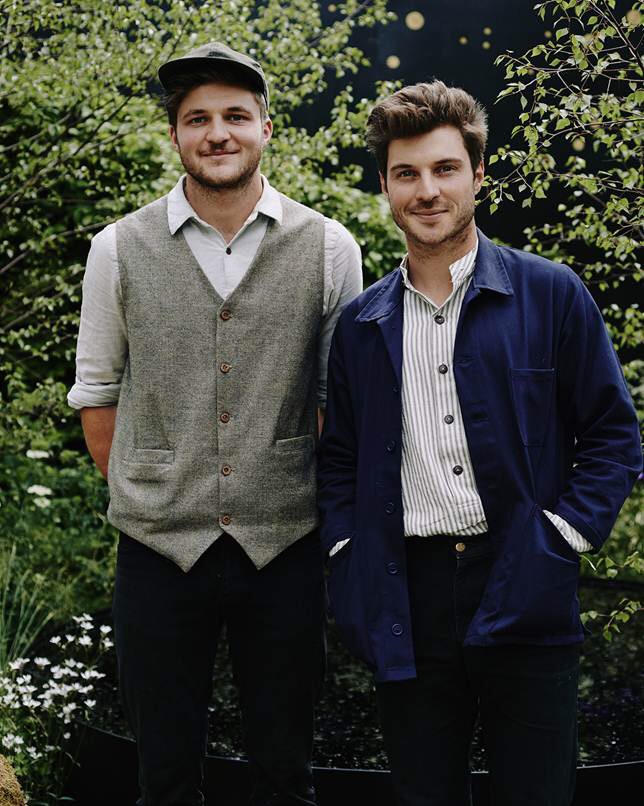 Each show both Dimmock and the Rich brothers meet the client to hear about their needs and then design a garden for them. Then they pitch their idea and the client has to choose the one they like best. So of course there’s always a winner and a loser and the loser has to help the winner with their garden build. It’s like when you watch the losers clapping for the winner at the Oscars! 😆

OK, so I might be a little obsessed with the Rich brothers. I first heard about them a few months ago when I read an interview with them in the John Lewis magazine and then again in the Sunday Times. 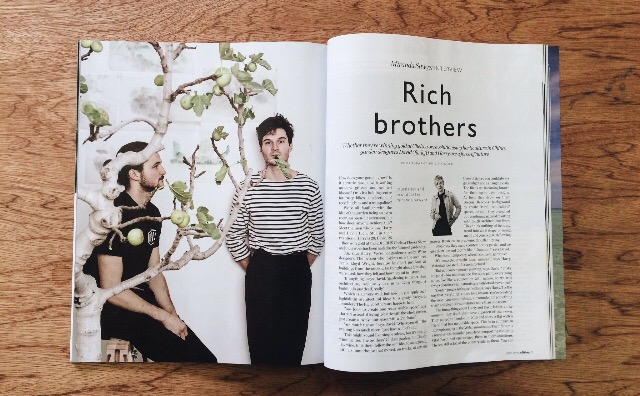 David and Harry Rich are very much the new, supercool kids on the gardening block. They both studied landscape architecture at uni and now have a host of Chelsea Show medals to their name. They specialise in modern contemporary gardens and I reckon Dimmock must secretly hate them because most couples on the show choose their designs.

Anyway, back to my garden. I went a bit bonkers and did all sorts of things. I cut back the two nearly-dead trees that I’ve never really liked. And when I say “cut back” I mean down to the core. The cat is ecstatic. He thinks I’ve designed him a special cat climbing/scratching tree. Now this may very well finish it off but I reckon it’ll survive. These trees have been completely neglected for years and weren’t in great shape when we moved in over a year ago so drastic action was needed. That’s my story and I’m sticking to it. If it doesn’t recover at least the cat is happy.

I also moved some plants around, pulled out a thing I’ve never liked and trimmed off the dead flowers off my buddleia. I chopped the buddleia down by about a third last year but I should have done more because it’s gone completely crazy. It must be getting on for 9 or 10 feet tall (I’m not very good with measurements). I’ll hack it right back in Autumn. My buddleia is white and is very established but I must confess I’d have preferred a purple one just like L&IOW‘s “Black Knight”. My neighbour has a purple one that is coming over the fence so I won’t cut it back until it stops flowering so I can enjoy it. 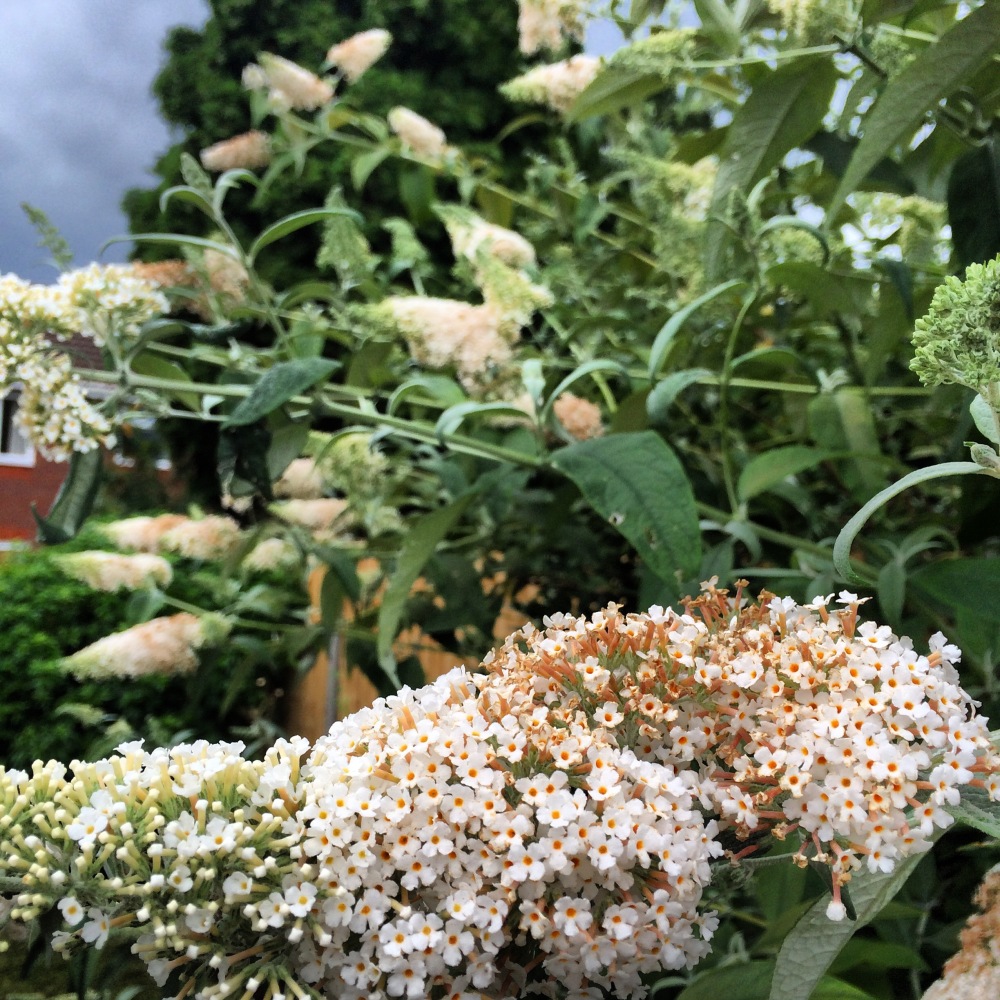