OK, so we don’t actually have a new shed yet. This feels like the job that will not die. I feel like I’ve been talking about this shed since we moved into our house 3 years ago. Will it ever be built?? It’s taken on a sort of mythical quality. We all know sheds exist yet…

Anyway I am assured that it is on order and that it will, one day soon, arrive and be built. Here’s hoping.

Carrying on from my last post (Garden Disaster!) we had to forget about our plan to put in a timber base which is about half the cost of a concrete one. Thanks to discovering the remains of a… coal bunker? Outside privy?… not far under the soil of where we plan to build the shed we swiftly decided that it would be cheaper to just get a concrete base rather than go about excavating the site.

So last week a friendly man called Philip came and laid the concrete base. This was a bit more complicated than I had originally thought. I figured they’d just create a box of sorts and pour in some concrete and they’d charge silly money to do it. But in fairness it did take hours to complete. There was levelling off, compacting the earth, a timber frame, damp proof membrane, reinforced steel grid and concrete which I suppose goes some way to justifying the cost. 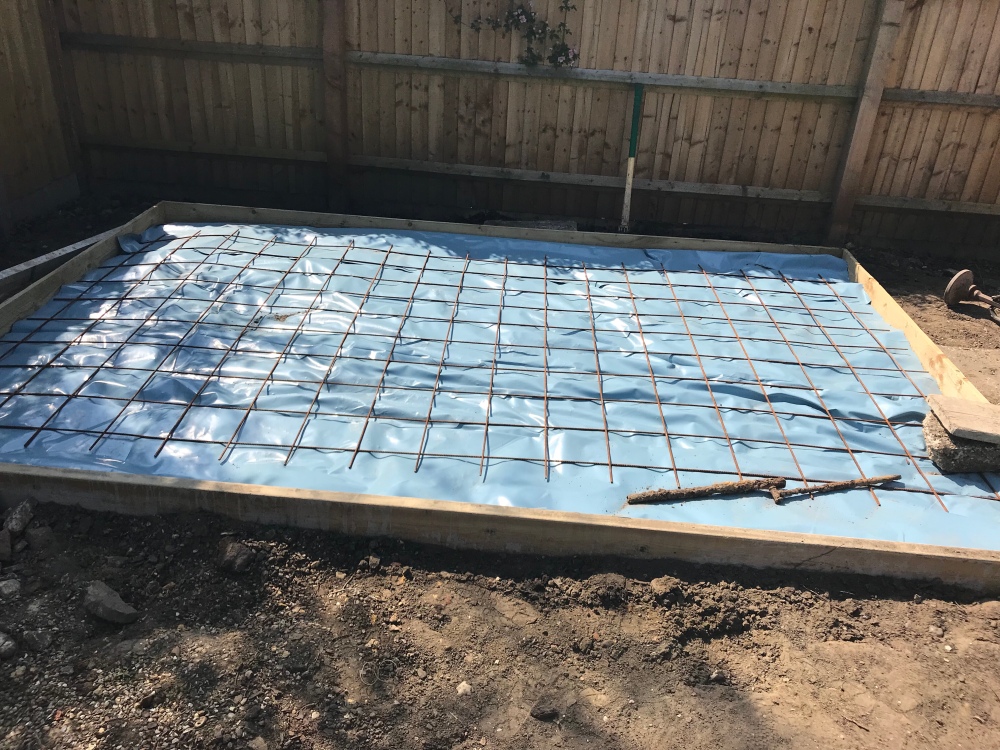 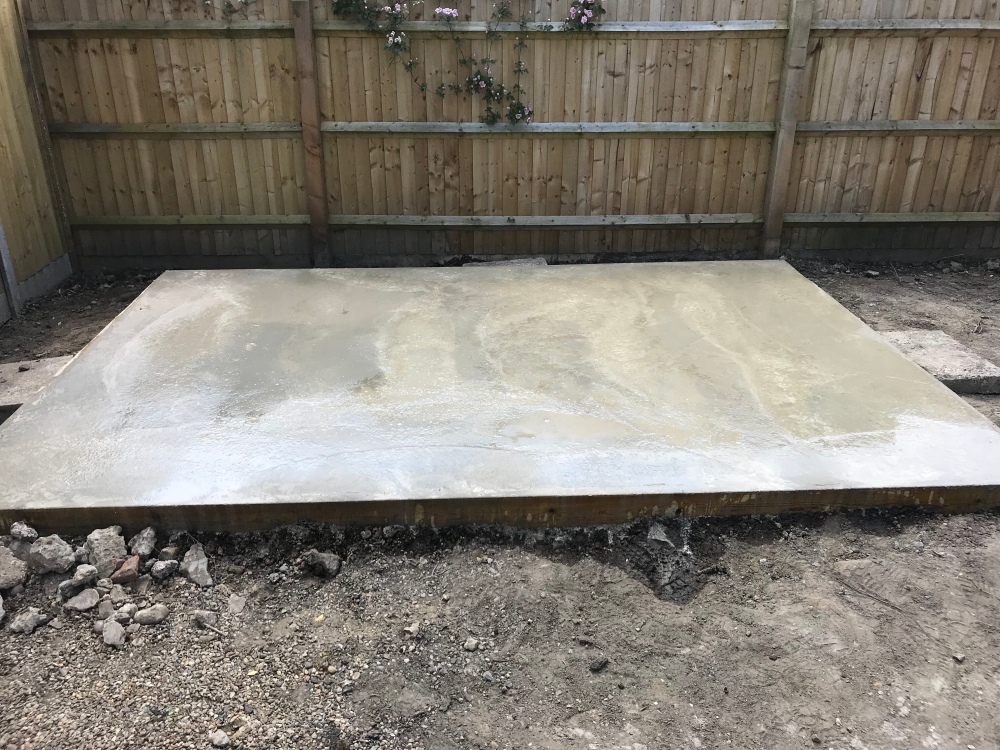 These photos make it look wonky so you’ll just have to take my word for it when I say that it’s actually straight and level.

Now all we need is a shed to put on it. *drums fingers impatiently*